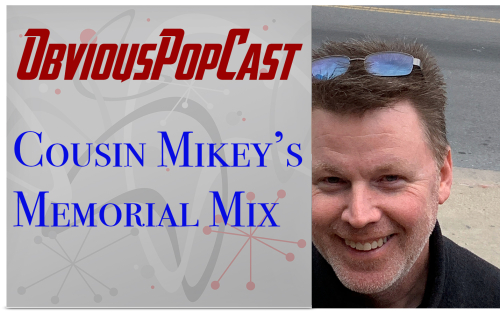 Mikey was the closest I ever came to having a brother. We grew up together in the Worthington, MN area and spent much of our lives hanging out there. Music was always a centerpiece of Mike's life. His two favorite artists were Rick Wakeman and Jon Anderson of Yes. His best friend Shane Boyd grew up with us as well and the 3 of us saw Rick and Jon many times in concert together. I wanted to put together a playlist of music for his memorial. This mix flows together and through it you will hopefully see the type of love and artistry that motivated Mike and his spirituality.

Born Apr. 23, 1971 in Heron Lake, MN. He is the son of Donald E. Smith and Mary P. Smith. Mike graduated SV-RL-B High School and then attended Hutchinson Technical College to be an Audio Technician. He moved to Nashville TN in 1995 and in 1996 he went on to be the lighting director for the rock band Guardian, and then later for Earth Suit. Mike later went on to work at Panasonic, Harrison, Micros, Emotiva and Stager. He attended Fellowship Bible Church and was a volunteer in both the children’s ministry as well as the production technology ministry. Mike was diagnosed with Colon Cancer in Sept. 2019. His Love of Christ gave him the Grace to always see the best in people, and everyone loved his gentle and generous spirit.

A memorial service for Cousin Mikey will be held at Fellowship Bible Church at 11AM in Franklin, TN on November 21, 2020.

Give this memorial mix a listen. It's truly beautiful music...and think of my cousin Mikey. Thank you for listening.

You can stream or download it right now as a high quality MP3.

To add it to your iTunes podcasts or find us on Spotify:

Song – Album – Artist (this list is in the order played)

Take The Water To The Mountain - Union - Yes

Hurry Home - In The City Of Angels - Jon Anderson

And You And I - The Piano Album - Rick Wakeman

From The Balcony - Open Your Eyes - Yes

Anyone Can Light A Candle - Page Of Life - Jon & Vangelis

The comments to this entry are closed.